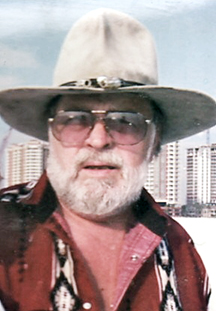 Mr. Bobby Black, age 80, of the Maggart Community died peacefully at his Grisham Hollow Lane farm home with his family at his bedside. The death angel called at 11:00 p.m. ON Thursday evening January 24, 2019 and he was pronounced deceased at 12:10 a.m. Friday morning January 25th by Avalon Hospice of Cookeville who had been lovingly caring for him along with his family during his final days on earth.

A memorial Celebration of his Life was held Sunday afternoon January 27th at 3 p.m. from the Carthage Chapel of Sanderson Funeral Home. A private burial service for just his immediate family will take place on the family farm.

One of four children, he was the son of the late Hardy Lee Black and Lubby Doris Dunn Black and was born Bobby Lee Black in the Vanleer Community of Dickson County on May 27, 1938.

He was preceded in death by a sister, Dotty Black Fussell and by a brother, David Black.

In Dickson County on November 1, 1961, he was united in marriage to the former Carolyn Ann Harrell.

Mr. Black attended the Mt. Pleasant Church of God in the Nameless Community of Jackson County where his wife was a member.

He was employed for over twenty years by the Jersey Farms Dairy Co. in Nashville and for the last twenty three years before his retirement in 2005 he was an over the road truck driver for Roadway Express.

Mr. Black was an avid lover of Indian Folklore and appreciated anything connected to the life and legacy of the late cowboy and actor John Wayne.

Surviving in addition to his wife of just over fifty seven years are their four children, Vincent Black of Dickson, Keith Black and Crystal Black both of the Maggart Community, Kirk Black and wife Rachel Norris Black of the Hogans Creek Community; two foster children, David Harrell of the Defeated Creek Community and Laurie Harrell of the Maggart Community; sister, Margie Black Brunet of Dickson; six grandchildren and two great-grandchildren.