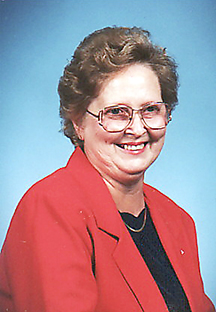 Mrs. Lola Hunt Dedmon age 84 of Carthage and a longtime resident of Walter Morris Road in the Rome Community died at 3:25 a.m. Monday morning January 28, 2019 at the Riverview Regional Medical Center in Carthage where she was admitted Friday afternoon January 5th.

Mrs. Dedmon was at the Carthage Chapel of Sanderson Funeral Home where her funeral services were conducted by her pastor, Eld. Junior Dickerson, on Friday afternoon February 1st. Burial followed the 1 p.m. services in Section three at the Ridgewood Cemetery.

Mrs. Dedmon was the last surviving of seven children and was preceded in death by a sister, Joy Hunt McKinney and brothers, Lonnie Jeff Williford, Will Hunt Jr., Lewis Hunt, Raymond Williford and Robert Hunt.

On June 10, 1953 she was united in marriage to Pea Ridge Community native Charles William Dedmon who preceded her in death on March 3, 2011 at the age of 80.

They were preceded in death by a son, Ronnie Wayne Dedmon who died at the age of 9 on August 26, 1967 from an apparent brain tumor.

Mrs. Dedmon was saved at an early age and was baptized into the full fellowship of the Plunketts Creek Missionary Baptist Church where she remained a member until death.

She was a seamstress at the former Carthage Shirt Corporation for over eighteen years until her retirement in 1995.