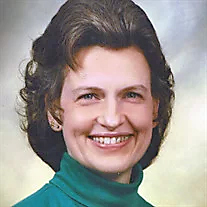 Mrs. Nolen was born July 7, 1950 in Carthage, TN, the daughter of the late Leslie Osbourne Armistead and Mildred Marie Cowan Armistead. Mrs. Nolen married Jimmie Nolen on March 3, 1972 and he preceded her in death on November 15, 2018 after 46 years of marriage.

Mrs. Theresa graduated from Gordonsville High School in 1968. She worked for RobertShaw for 30 years, then continued her career working for Dell until retirement. Mrs. Nolen was a member of the Hickman Baptist Church.

Funeral Services for Mrs. Nolen are scheduled to be conducted from the Gordonsville Chapel of Bass Funeral Homes on Monday, January 28, 2019 at 1PM with Bro. Mark Stinnett officiating. Interment will follow in the Baird Memorial Cemetery in Hickman, TN.

Visitation with the Nolen Family will be at the Gordonsville Chapel of Bass Funeral Homes on Sunday from 11AM until 8PM and on Monday after 10AM until service time at 1PM.

The Nolen family requests memorials in Mrs. Theresa’s memory be made to the Gideons International.