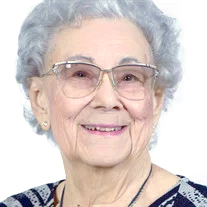 Mrs. Watts was a 1945 graduate of Gordonsville High School. She owned and operated the Walton Hotel from 1960 until 1975 with her Husband; Glenn. Mrs. Julia was an antique collector and enjoyed going to flea markets. Mrs. Watts was a charter member of the First Baptist Church, Gordonsville which organized in 1956.

Funeral Services for Mrs. Watts are scheduled to be conducted from the Gordonsville Chapel of Bass Funeral Homes on Wednesday, January 30, 2019 at 2PM with Bro. Ray Gilder officiating. Interment will follow in the Gordonsville Cemetery.

Visitation with the Watts Family will be at the Gordonsville Chapel of Bass Funeral Homes on Tuesday from 4PM until 8PM and on Wednesday after 12 Noon until service time at 2PM.

The Watts Family requests memorials in Mrs. Julia’s memory be made to the First Baptist Church, Gordonsville.