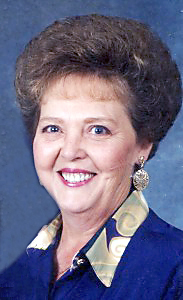 Funeral services from the Ligon & Bobo Funeral Home in Lebanon were conducted by Bro. Dickie Johnson at 2 p.m. Sunday afternoon February 3rd. Burial followed beside her husband in the Garden of Gethsemane at Smith County Memorial Gardens.

She was united in marriage to Jerry Bennett who preceded her in death on February 7, 2017 at the age of 77 following fifty five years of marriage.

Mrs. Bennett was a 1959 graduate of Smith County High School where she was a commercial major, a member of the Spanish and science clubs her junior and senior an senior years respectively, was a member of the Future Homemakers of America her freshman and sophomore years and was also on the band and participated in the Spring Festival her sophomore and senior years. It was said of her by her classmates that in the: “she was a picture of sweetness”.