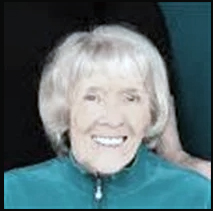 Faye was born on March 15, 1935 in Smith County, a daughter of the late Herbert W. McClanahan and Elsie Mai Manning McClanahan. She graduated from Watertown High School in 1953, she was married to Sam David Patterson on September 10, 1955, and he preceded her in death on August 26, 1998. She was also preceded in death by an infant daughter: Lisa Gale Patterson in May 1956: Siblings; Ben McClanahan, Henry F. (Pete) McClanahan, Charles McClanahan, Lucy McClanahan, Phronia Cowan, Donald Ray McClanahan, Bonnie Burdick, Peggy Burton and Dorothy Harambasic. She was a member of the Hickory Bend United Methodist Church.

Graveside services and Interment for Mrs. Patterson are scheduled to be conducted at the Gordonsville Cemetery on Monday February 4, 2019 at 3PM with Bro. Dickie Johnson officiating.

Family and friends of Mrs. Patterson will gather at the Gordonsville Cemetery just prior to the 3PM graveside service on Monday February 4, 2019.