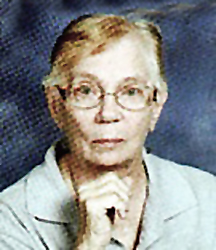 Mrs. Sharan Taylor,age 81, of Carthage died at the Concordia Health and Rehabilitation Center in Carthage where she was admitted January 23rd suffering from cancer. She was under the care of Kindred Hospice.

The visitation for her friends will be at the church on Tuesday one hour prior to the services.

Mrs. Taylor was at the Carthage Chapel of Sanderson Funeral Home and the Colorado native was cremated at Cumberland Family Services in Algood.

She was born Sharan Lee Venable on October 13, 1937 in Denver in Denver County, Colorado and was the only child of the late Dewitt George Venable and Mable Cowthern Hankins Venable.

Mrs. Taylor was preceded in death by a son, Robert Lee Reed.

Mrs. Taylor received her General Education Degree from the Emily Griffin High School in Denver in 1955.

She was an over the road truck driver for the HTL Company in Omaha, Nebraska from which she retired in 2007.

Mrs. Taylor relocated to Carthage in 2013 from Dover, Tennessee.

She was baptized at the Carthage First Baptist Church by Bro. Frank on June 3, 2016.

Her only immediate survivor is a son Richard Dale Reed of Scottsdale, Arizona.