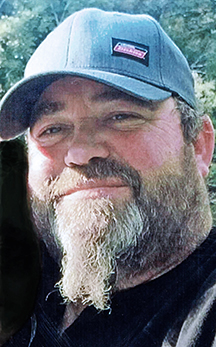 Mr. Stewart was born October 20, 1968 in Nashville, TN, a son of Glynn B. Stewart and the late Doris June Williams Stewart. He was a 1986 graduate of Adult Lebanon High School. Mr. Stewart worked at Utility Trailer as a welder and trailer mechanic. He loved raising boer show goats and working on Stewart Farms.

Funeral Services for Mr. Stewart are scheduled to be conducted from the Gordonsville Chapel of Bass Funeral Homes on Wednesday, February 13, 2019 at 1PM with Terry “Shrek” Rossen officiating. Interment will follow in the Gordonsville Cemetery.

Visitation with the Stewart Family will be at the Gordonsville Chapel of Bass Funeral Homes on Tuesday from 4PM until 8PM and on Wednesday after 11AM until service time at 1PM.

The Family requests memorials in Mr. Stewart’s memory be made to the Lebanon High School FFA.