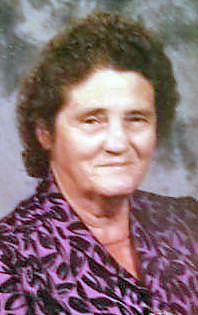 Mrs. Snyder was born February 23, 1926 in the Indian Creek Community of Dekalb County, TN, a daughter of the late Chess Taylor and Willie Gertrude Fuson Taylor. She married Eugene Snyder and he preceded her in death on October 31, 1997. Mrs. Snyder was also preceded in death by Siblings; Clyde Taylor, Obel Taylor, Willie Joe Taylor, and Clara Nell Taylor, two infant siblings, one great grandchild and one great-great grandchild.

Funeral Services for Mrs. Snyder are scheduled to be conducted from Avant Funeral Homes on Sunday, February 17, 2019 at 2PM with Pastor Ronnie Neal officiating. Interment will follow in the Dekalb County Memorial Gardens.

Visitation with the Snyder Family will be at Avant Funeral Home on Sunday from 12:30PM until service time at 2PM.