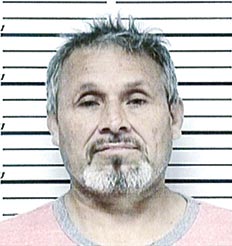 DOUBLE HOMICIDE SUSPECT BACK IN JAIL AS JUDGE REVOKES BOND

A criminal court judge has revoked the bond for one of two suspects charged in a double homicide which occurred in April of last year in the Dillehay Hollow near Defeated. David Ortiz Bibian, 53, formerly of the Difficult area, was indicted in June of last year on two counts of second degree murder in the case. In August, Criminal Court Judge Brody Kane set bond for David Ortiz Bibian at $120,000. Conditions of Bibian’s release from jail on bond had been he wear an ankle monitor and was not allowed to travel outside the state.