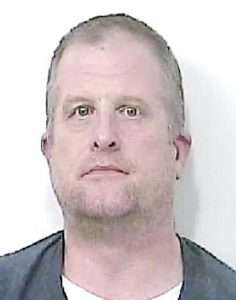 A Fifteenth Judicial District Drug Task Force agent and veteran law enforcement officer faces multiple charges in connection with the drowning death of a Hartsville man. Keith Holder, 41, was indicted by a Trousdale County Grand Jury for vehicular homicide by intoxication, vehicular homicide by recklessness, criminally negligent homicide, leaving the scene of an accident involving a death, DUI and one count of fraud of insurance claim. Results of a Tennessee Bureau of Investigation (TBI) probe were presented to the grand jury on Tuesday (February 19), resulting in the charges. According to the TBI, Holder crashed his personal vehicle into the Cumberland River at Taylors Landing Hartsville in June of last year.

Holder, 47, and passenger, Donovan Crittendon, a 26-year-old resident of Trousdale County and Army veteran, were in the vehicle when the incident occurred. Holder swam to shore and left the scene, while Crittendon died when the vehicle submerged into the river, according to the TBI. According to various reports, Crittendon was seen getting into Holder’s vehicle around 10 p.m., Sunday, June 3. Rescue personnel were not summoned to begin searching for the victim until Monday night, June 4, according to reports.