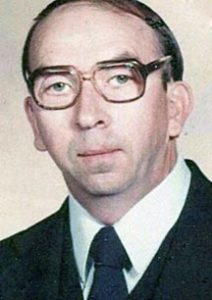 Funeral services are scheduled to be conducted Saturday afternoon March 9th at 1 p.m. from the South Haven Baptist Church in Springfield, where Mr. Brown was a longtime member.

His pastor, Dr. Frank Gagliano, will officiate and burial will follow in the Oakland Cemetery.

Visitation at the church will be only on Saturday March 9th from 11 a.m. until the service time at 1 p.m.

Born in Springfield in Robertson County on September 19, 1940, he was the only son of five children born to the late Vestel Savage Brown and Alma Lou Carroll Brown.

Family members preceding Mr. Brown in death were two sisters and their husbands, Drucilla and Russell Cron, Juanita and Ted West and a brother-in-law, Robert Holt.

Mr. Brown was a 1958 graduate of Springfield High School.

On November 21, 1961 he was united in marriage to Smith County native, the former Christine Vaden who was the daughter of the late Herman and Susie Woodard Vaden.

Mr. Brown was a retired supervisor for the Peterbilt Co. in Madison.