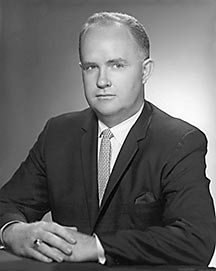 Funeral services from the Woodfin Memorial Chapel in Murfreesboro were conducted Tuesday morning March 12th at 11 a.m. with Bro. Ron Harper and Bro. Joshua Houston officiating. Graveside services and interment were conducted on Tuesday afternoon at 3 p.m. in the family lot at the Granville Cemetery.

The family received friends at Woodfin in Murfreesboro on Monday from 4 p.m. until 8 p.m. and on Tuesday after 10 a.m.

Born Charles Edward Reeves in Jackson County on August 10, 1930, he was one of three children of the late Fred Lee Reeves and Georgia Dudney Reeves.

Mr. Reeves was a 1947 graduate of Jackson County Central High School in Gainesboro.

On May 29, 1951 he was united in marriage in Carthage to Granville Community native, the former Ida Sue McKinley.

He proudly served our country during the Korean conflict with the United States Navy and was honorably discharged in 1955 with the rank of First Class Petty Officer after serving four years in Naval Aviation.

Following military service he enrolled at the former Tennessee Polytechnic Institute in Cookeville, now Tennessee Technological University, where he earned his Bachelor’s degree in accounting in three years.

Following graduation from Tech, he and his family relocated to Murfreesboro where he began employment with the Tennessee Farmers Cooperative in LaVergne as an auditor. While at the headquarters offices of the Co-op he held various management positions during his 34-year career, retiring in 1992 as Treasurer.

Active in many professional organizations, he was elected as President of the National Society of Accountants for Cooperatives in 1988, as well as being an Emeritus of Management Accountants.

In 1959 he became a member of the Minerva Drive Church of Christ in Murfreesboro (now Salem Church of Christ) where he faithfully served in many capacities, including fourteen years as an Elder.

Surviving in addition to his wife Sue of almost sixty eight years are their three children,