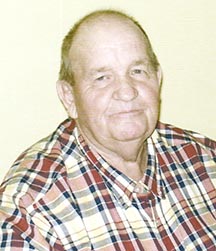 A longtime former Bradford Hill Community resident, Mr. Fred Roberts, died peacefully at his Horizon Circle home in Carthage at 3 a.m. Tuesday morning March 12, 2019 following a battle with cancer. His family was at his bedside. He was pronounced deceased at the age of 77 at 4:14 a.m. by Kindred Hospice of Cookeville.

Funeral services conducted by Rev. Bill Parkerson were Friday afternoon March 15th from the Carthage Chapel of Sanderson Funeral Home. Following the 1 p.m. services burial was in the Gordonsville Cemetery.

At the Carthage Church of God, when it was located on Upper Ferry Road in Carthage, he was united in marriage to Old Hickory native, the former Mary Louise Hunt in 1965.

On October 10, 1968 Mr. and Mrs. Roberts were preceded in death by an eight week old daughter Tammy Gail Roberts, who was a twin to their son Barney.

He retired in September of 2008 from the Eatherly Group in South Carthage where he was a truck driver and equipment operator.