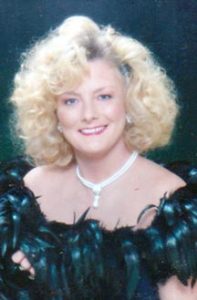 Mrs. Leslie Silcox Alford of Carthage died at the Sumner Regional Medical Center in Gallatin at 5:25 a.m. Sunday morning March 17, 2019 at the age of 64 where she was admitted March 15th to Sumner Hospice suffering from respiratory distress.

Mrs. Alford was at the Carthage Chapel of Sanderson Funeral Home where her longtime minister Edward L. Anderson officiated and Bro. David Lawson of the Smithville First Freewill Baptist Church delivered the eulogy. Burial followed in the Garden of the Cross at the Smith County Memorial Gardens.

She was married to the father of her children, Carthage native Lawrence Wayne Silcox on November 7, 1975 and who died unexpectedly on March 9, 1986 at the age of 35.

Mrs. Alford was a 1972 graduate of Smith County High School.

Mrs. Alford was a longtime employee of the Smith County Bank and before retirement in 2016 was employed as a clerk at the Dollar General Store in Carthage.

She was a member of the Carthage Church of Christ.

The mother of Leah Silcox of Madison and Lawrence Silcox and wife Rebecca of Watertown, she is also survived by two sisters, Sherry Jo Williamson Anderson of the Defeated Creek Community and Candace Williamson Richmond and husband Alex of the Turkey Creek Community; three grandchildren Alexis Gregory of the Elmwood Community, Logan Silcox and Beth Wright both of Watertown.