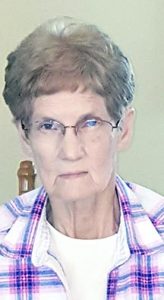 Mrs. Hindsley was born August 11, 1943, a daughter of the late Albert Willis Bush and Mary Louise Cooper. She was also preceded in death by Husband; Richard Hindsley in 1989 and Brother; Benny Watts. Mrs. Barbara was a 1961 graduate of Gordonsville High School. She was a homemaker for 20 years until working as a clerk at Rankin’s Quick and Easy. She also worked in the Smith County Clerk’s office for a short time. Mrs. Hindsley was a Baptist. She enjoyed fishing, Madea movies, and Cracker Barrel. She especially cherished spending time with her children, grandchildren, and great grandchildren.

Funeral Services for Mrs. Hindsley are scheduled to be conducted from the Carthage Chapel of Bass Funeral Homes on Sunday, March 31, 2019 at 3PM with Bro. Jimmy Gregory officiating. Interment will follow in the Smith County Memorial Gardens.

Visitation with the family will be at the Carthage Chapel of Bass Funeral Homes on Sunday from 11AM until service time at 3PM.

The Family requests donations be made to the funeral fund.