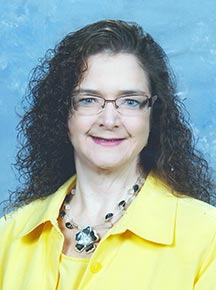 Graveside services and interment were conducted at 1:00 p.m. on Tuesday afternoon, April 2, at the family lot in Wilson County Memorial Park with her Pastor, Eld. Johnny Carver, officiating.

On September 22, 2018 at the McFerrin Missionary Baptist Church, she was united in marriage to Larry Scott Murray who survives. The ceremony was performed by Eld. Johnny Carver.

Mrs. Murray was a 1986 graduate of Smith County High School.

She received an associate degree and began her career as a court reporter before beginning work as a laboratory technician for Quest Diagnostics where she had been employed for 15 years.

Surviving in addition to her husband are three daughters, Kaylee, Lily, and Mandy Murray all of Lebanon; grandchildren, Eli Frierson and Gracie Trammel; a god-daughter, Rachel Parker Beechboard & husband Beau of the Rome Community.