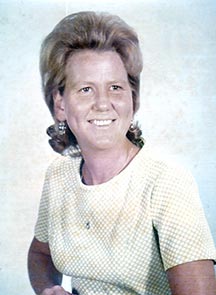 Mrs. Patricia Wilkerson, age 72, was found deceased by her husband early Friday morning at their Malone Street home in South Carthage. She was pronounced dead on arrival at 6:06 a.m. March 29, 2019 at the Riverview Regional Medical Center E.R. in Carthage from an apparent heart attack.

Mrs. Wilkerson was a longtime employee of the former Carthage Shirt Corporation, worked for a period for Interstate Paving and Jones Bros. and retired from Fabricated Tube Products, a Division of Muller Brass, in South Carthage.

She attended both the South Carthage Missionary Baptist Church, where she attended as a child, and also the Cedar Point United Methodist Church.

Surviving in addition to her husband of almost fifty six years is their daughter, Missy Wilkerson Snyder and husband Eric of Murfreesboro; two grandchildren, Shelby Snyder, her significant other, Rafiq Muhammad and E. J. Snyder all of Murfreesboro; Great-grandson, Dallas Snyder-Muhammad of Murfreesboro; three siblings, Thelma Scurlock Orange of South Carthage, Mike Scurlock and wife Martha of the Maggart Community; Tony Scurlock of the Hickman Community.