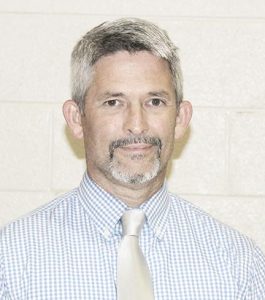 Sanders returns to lead the basketball program after serving previously as Owls head coach from 2001-2007.

After his first stint at SCHS, Sanders returned to his alma mater, Gordonsville High School, where he serve as head coach for the Tigers boys program the last 12 seasons.

“I am very excited to have the opportunity to return to SCHS,” said Sanders. “I would like to thank Mr. Towns and Mr. Apple for giving me the opportunity to continue coaching.  I was able to meet with the team, along with those who are interested in playing; and I am looking forward to working with them and getting to know them. We will have a great group of guys that will represent our school. A group I know our community will support and be proud of.”

Smith County High principal Tim Towns discussed the school’s decision to appoint Sanders as the head coach of the program.

“We are pleased to announce Trey Sanders is the new head coach of the Smith County High School boys basketball program,” said Towns. “Coach Sanders is well known and respected in the Smith County community and in the basketball coaching profession.  We feel he is a good fit for our school and will be an excellent influence on the young men in our program.”

You can read more on the Owls’ new head coach in next week’s Carthage Courier.