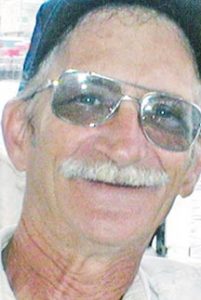 Mr. Lem Burnet of the Pleasant Shade Community died at the age of 67 at 2:12 p.m. Wednesday afternoon April 3, 2019 at his Skelton Lane home following a protracted battle with cancer.

Mr. Burnet was cremated at Cumberland Family Services in Algood and his cremains will be forwarded to his home state of Pennsylvania for burial beside his mother in the St. Luke’s United Church of Christ Cemetery in Belfast, Pennsylvania.

On December 6, 1996 he was united in marriage in Oklahoma to the former Martha Elizabeth Davis.

He and his wife relocated to Pleasant Shade in 2004 from Yorktown, Virginia.

He was a 1970 graduate of Cincinnati High School and while in Belfast attended the St. Luke’s United Church of Christ.

Surviving in addition to his wife of over twenty two years is a son, Todd Hepner and wife Kelly of Warminster, Pennsylvania and a step-son, Glenn Davis of Newport News, Virginia; several grandchildren and great-grandchildren.