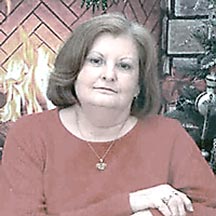 Mrs. Judith Rigsby Griesinger, of Old Hickory, died at 3:10 p.m. Friday afternoon April 4, 2019 of at the Skyline Medical Center in Nashville from complications of a stroke suffered at her Catskill Drive home on Tuesday morning March 26th.

Mrs. Griesinger was preceded in death by her husband who suffered a massive heart attack at the age of 52 on September 11, 2010.

She was retired from the Whirlpool Corporation in Smyrna.

Mrs. Griesinger was a 1965 graduate of Smith County High School where she majored in Home Economics and Business Education. She was a member of the Future Homemakers of America and her sophomore, junior and senior year was a member of the “Lady Owls” basketball squad.

This notice provided as a courtesy to the Judith Rigsby Griesinger family.