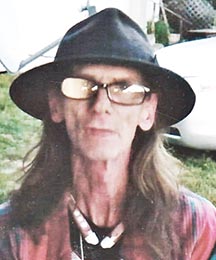 Roger Bane Sr., a Rome Community resident is dead at the age 59 following an accident with a shop grinder at his Ellenburg Lane home.

He was pronounced dead at 6:27 p.m. Friday evening April 5, 2019 at the Riverview Regional Medical Center E. R. in Carthage where he was admitted with C.P.R. in progress.

Funeral services were conducted Wednesday afternoon April 10th at 1 p.m. from the Carthage Chapel of Sanderson Funeral Home with Sister Donna Guire and Bro. James Guire officiating. Interment followed in the Bane family lot beside his parents at the Prosperity Cemetery in the Prosperity Community of Wilson County with Bro. Bill Smith officiating.

On June 15, 2012 he was united in marriage to Halls Hill Community resident, the former Roxanne Reece.

Mr. Bane was employed in the landscaping industry and was employed by Jeff Gregory and also performed construction projects.

He attended the Church of God of Prophecy in the Watervale Community.