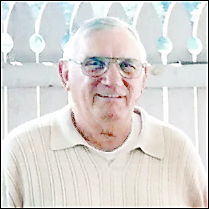 Mr. Blount was born Nov. 22, 1931 in Augusta, GA where he was raised. He was a son of the late Joseph R. Blount and Reba Peacock Blount. He was married to the late Janet Marie “Jan” McCullough on April 7, 1964 and she passed away on May 4, 2011. He was also preceded in death by a sister: Billie Blount and a grandson Adam. He was a retired U S Navy veteran serving 20 years during the Korean and Vietnam Wars. After retirement from the Navy he was the District Manager for KFC Stores in Tennessee. He was a member of the Carthage Church of the Nazarene.

Mr. Blount’s remains rest at the Carthage Chapel of Bass Funeral Homes where funeral services will be conducted Saturday April 13, 2019 at 3PM with Bro. Jon Amspaugh officiating. Interment will be in the Middle Tn. State Veterans Cemetery in Nashville, TN on Monday April 15, 2019 at 10 am with full Military honors.

Mr. Blount’s family will receive friends at the Carthage Chapel of Bass Funeral Homes on Saturday from 1PM until service time at 3 PM.

Mr. Blount’s family request memorial donations in his memory be made to the Wounded Warrior Project.