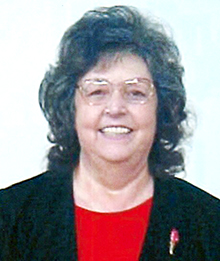 Mrs. Mary Christian, of the Hogans Creek Community, died at the age of 71 on Friday afternoon April 12, 2019 at 3:04 p.m. at the Concordia Health and Rehabilitation Center in Carthage where she was admitted Thursday afternoon April 11th from Riverview Regional Medical Center suffering from acute kidney failure.

One of four children born to the late Virgil Dayton Scantland and Polly Ruth Warren, she was born Mary Bell Scantland in the Fairview Community of Jackson County on February 8, 1948.

She was preceded in death by a sibling who died at birth.

On October 16, 1970 she was united in marriage in Wilson County to Popes Hill Community native Glendon Ray Christian.

Mrs. Christian was employed for over twenty one years from 1986 until 2007 with the Smith County Sheriff’s office working as a jailer and dispatcher.

She was a member and attended the Emmanuel Church of Jesus.

Mrs. Christian was a recipient of her General Education Degree.

Surviving in addition to her husband Ray are their two sons, Glendon Daryl Christian and Cason Derrick Christian both of the Hogans Creek Community; sister, Bonnell Scantland Stacey of Lebanon and a brother Ray Scantland also of Lebanon.

The family requests memorials to the Emmanuel Church of Jesus Building Fund.