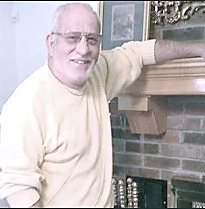 Mr. Poindexter was born May 5, 1943 in the Lock Seven Community of Smith County, TN, a son of the late Bobby Martin Poindexter and Willette Gates Poindexter. He married Freddie Elizabeth Smith on September 23, 1961 and she preceded him in death on February 27, 2008. He was also preceded in death by Sisters; Mayme Poindexter, Dora E. Russell, and Geneva Pryor.

Franklin married Joyce Marie Bunch on June 6, 2009. He was a graduate of Clay County High School. After high school. Franklin served his country in the U.S. Navy for four years. After completing his Navy service, Franklin worked for the U.S. Army Core of Engineers for 33 years, working his way up to supervisor and overseeing operations at three area dams – Center Hill Dam, Cordell Hull Dam, and Dale Hollow Dam. He attended the New Middleton Baptist Church. His passion was rebuilding and working on antique cars, and he loved to hear the engines so much, he never listened to the radio. Franklin loved going to the lake. He never met a stranger, through his many years of work and everything he did, he would always find a friend.

Funeral Services for Mr. Poindexter are scheduled to be conducted from the Gordonsville Chapel of Bass Funeral Homes on Wednesday, April 24, 2019 at 2PM with Bro. B.J. Thomason officiating. Interment will follow in the Gordonsville Cemetery.

Visitation with the Family will be at the Gordonsville Chapel of Bass Funeral Homes on Tuesday from 3PM until 8PM and on Wednesday after 11AM until service time at 2PM.