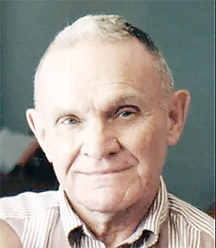 A high profile World War II Navy veteran and well known resident, who loved living in the past, has died at the age of 94.

Mr. Harold Key of Carthage succumbed to cancer following a two year gallant battle with the disease. He was called home at 2:37 a.m. Monday morning April 22, 2019 at the Quality Care Center in Lebanon where he had been cared for since his admission on February 21st of this year from the Alvin C. York V. A. Medical Center in Murfreesboro. He was under the care of Avalon Hospice of Nashville.

All services for Mr. Key are private and a private family graveside service and inurnment will be at the Kemp Family Cemetery on the Granstaff Farm in the Defeated Creek Community.

Mr. Key was a sophomore at Carthage High School when he quit to join the United States Navy. He was inducted in Nashville on February 26, 1943 and was honorably discharged at Camp Wallace, Texas on November 2, 1945 with the rank of Seaman 1st class following the end of World War II on September 15, 1945. His total overseas service was three months and twenty eight days.

While in service he completed his high school requirements as well as his ship training at Little Creek, Virginia. His initial basic training was at the Naval Training Station in Bainbridge, Maryland, his Amphibious Force Flagship training was in Brooklyn, New York and his special communications training in New Orleans, Louisiana. One of his duty assignments was on a submarine chaser vessel.

Mr. Key had a total of twenty seven months of sea duty.

On June 1, 1956 he re-enlisted into the U.S. Navy and was assigned to the U. S. Naval Receiving Station in Charleston, South Carolina as a Port Officer and was again honorably discharged by expiration of enlistment from the Naval Support Station in Millington, Tennessee on May 31, 1960.

For his meritorious service to our country he received the World War II Victory Medal, the Good Conduct Medal and a manual Artillery Medal.

On February 12, 1948 in Franklin, Kentucky he was united in marriage to Horseshoe Bend Community native the former Lois Virginia Wiggleton. She preceded him in death on October 18, 2000 at the age of 74.

Between his two military stints he attended the former Tennessee Polytechnic Institute in Cookeville, now Tennessee Technological University, where he was enrolled in Liberal Arts studies.

Mr. Key was saved at an early age and was baptized into the full fellowship of the Peyton Creek Baptist Church by the late Eld. R. D. Brooks.