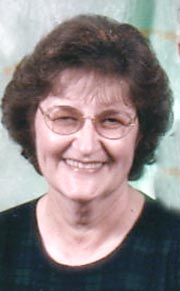 Mrs. Brenda Givens, a homemaker of the of the Buffalo Community, was pronounced dead at the Riverview Regional Medical Center E.R. in Carthage at 9:28 a.m. Friday morning April 26th after suffering a fatal heart attack at the age of 70 while visiting her mother at Concordia Health and Rehabilitation Center in Carthage.

At the Kempville United Methodist Church parsonage on March 27, 1965, she was united in marriage to Buffalo Community resident Charles E. Givens.

They were preceded in death by their son Matthew Brian “Matt” Givens who died at the age of 37 on February 18, 2015 of complications of a heart ailment.

Mrs. Givens had previously been employed at the Carthage Shirt Corporation and the Lux Time Division of Robertshaw Industries.

She and her husband also served as foster parents to many young children.

Mrs. Givens was a member of the Kempville Chapel Old Time Methodist Church.

She was a graduate of Defeated Creek Elementary School and had received her General Education Degree.