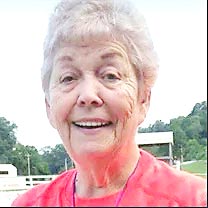 Mrs. McCormick was born April 14, 1942 in Carthage, TN, a daughter of Ruth Pauline Hiett Bowman and the late James Thayer Bowman. She was also preceded in death by Father of her Children; Paul Donoho Sutton, Sister; Dorothy Ramsey, and Husband; Charles McCormick. Mrs. Linda worked at the Carthage Shirt Factory. She was a loving person and cared about everyone. Often she fed people that weren’t even family.

Graveside Services and Interment for Mrs. McCormick are scheduled to be conducted at Defeated Creek Memorial Gardens on Sunday, April 28, 2019 at 4PM with Bro. Jackie Dillehay officiating.

The Family will gather at the cemetery just prior to the graveside services.