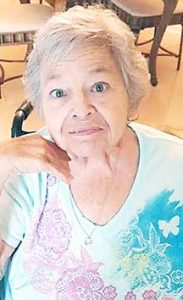 Mrs. Miller was born September 9, 1935 in Ft. Wayne, IN, a daughter of the late Henery William Fredenberger and Mary Florence Bullock Fredenberger. She married Martin John Miller in 1955 and he preceded her in death. Mrs. Miller was also preceded in death by Daughter; Vickie Lee Miller.

The family will hold private memorial services at a later date.