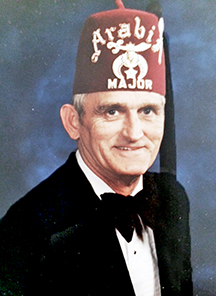 Upon graduation from high school he entered the U.S. Marines and served in the Korean War. After coming to Houston in the late 50’s, he worked in construction selling heavy equipment and then started Kempco Inspection Services. Kempco is being run today by his son Robert Kemp and grandson Zach Kemp.

The graveside service was held April 23, 2019 at Augusta Cemetery in Augusta, Texas.