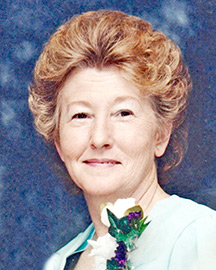 Mrs. Pontious was born September 13, 1949 in Centralia, IL, daughter of the late Granville Matthews and Ellen Laswell Matthews. She married Larry Glen Pontious on December 31, 1966 and he preceded her in death on September 7, 2016. She was also preceded in death by Grandson; Brandon Freshour and Sister; Shirley Matthews.

Mrs. Violet received her Master’s Degree in Statistical Engineering and worked for ArvinMeritor for numerous years.

Memorial Services for Mrs. Pontious are scheduled to be conducted from the Gordonsville Chapel of Bass Funeral Homes on Saturday, May 18, 2019, at 2PM.

Visitation with the Pontious Family will be at the Gordonsville Chapel of Bass Funeral Homes on Saturday from 12 Noon until the service time at 2PM.

The Pontious Family requests memorials be made to the Memphis School of Preaching or to the Special Olympics.