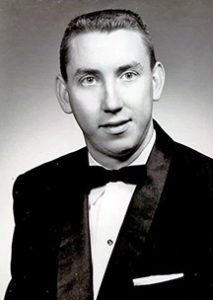 Funeral services were conducted from the Family Heritage Funeral Home on Albert Gallatin Boulevard in Gallatin on Saturday morning May 11th at 11 a.m. with his pastor Travis Fleming officiating. Burial followed in the Garden of Everlasting Life at Smith County Memorial Gardens with his nephew, Eld. Ricky Hackett officiating.

He was a 1954 graduate of Smith County High School and in 1958 graduated from the then Tennessee Polytechnic Institute in Cookeville (now Tennessee Technological University) with a Bachelors in industrial management.

On August 30, 1957 at the Peyton Creek Baptist Church he was united in marriage to Difficult Community native, the former Barbara Ray Carter and the ceremony was performed by the late Eld. R. D. Brooks.

A loving father and devoted husband, he was an avid golfer and was a former President of the Gallatin Lions Club.

Mr. Wilmore was a retiree of the Globe Business Furniture Corporation with fifty years of service, having retired in 2004.

This notice provided as a courtesy to the Wilmore family.