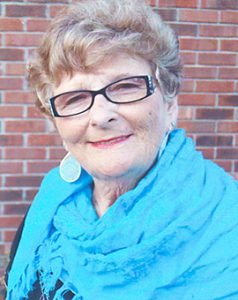 Mrs. Vivian Bowman Petty age 76, a homemaker of Carthage, died at 6:46 a.m. Monday morning May 20, 2019 shortly after arrival at the Riverview Regional Medical Center E.R. in Carthage after becoming gravely ill at her Bradford Place home.

She was the fifth and last surviving of ten children and was the daughter of the late Herman Alton Bowman who died June 14, 1983 at the age of 69 and Beulah Mai Smith Bowman Harp who died September 1, 1965 in an automobile-train accident in Gordonsville at the age of 46.

Mrs. Petty was a 1960 graduate of Gordonsville High School.

She was saved in 1963 at the age of 21 and is now a member of the Carthage First Freewill Baptist Church in the Tanglewood Community.

Mrs. Petty was formerly employed at the former Meritor Corporation in Gordonsville where she worked in auto parts assembly.