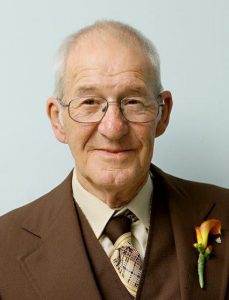 Mr. Hesson was at the Carthage Chapel of Sanderson Funeral Home where Eld. Junior Dickerson and Eld. Michael Nesbitt officiated at the 1 p.m. Tuesday afternoon June 4th funeral services. Burial followed in the Hesson family plot at the Patterson Cemetery in the Russell Hill Community with military honors.

Masonic Chapel services were conducted Monday evening June 3rd by the Difficult Masonic Lodge # 451 of which he was a member and Past Master.

Mr. Hesson was united in marriage at the Wilson County Courthouse in Lebanon on February 15, 1964 to Norene Community native, the former Frances Jean McPeak.

He was saved at an early age and was baptized into the full fellowship of the Sycamore Valley Missionary Baptist Church.

He was employed with the State of Tennessee as an electrical inspector, a position he had held for forty nine years this last March.

Mr. Hesson was a Shriner and member of the Al Menah Temple and was a member of the Grand Lodge of Free and Accepted Masons, a member of the Commandery # 7 Knights Templar in Lebanon, Council #109 of Lebanon, Royal Arch Masons of Tennessee #25, Past Worthy Patron Order of the Eastern Star # 190 in Carthage.

He also was a past member of both the Smith County Quarterly Court and the Smith County Commission and had formally served on the Upper Cumberland Membership Corporation Board of Directors.

He proudly served our country with the United States Army having been inducted on August 25, 1959 stationed with the Company Battalion 10 Regiment at Fort Jackson, South Carolina and was honorably discharged with the rank of private at Fort Riley, Kansas and was transferred to National Guard Reserve status from which he was again honorably discharged on July 31, 1965.

For over forty nine years he was a member of the International Association of Electrical Inspectors.

The Hesson family requests memorials to either the Patterson Cemetery Mowing Fund or the Shriner’s Children Hospital.