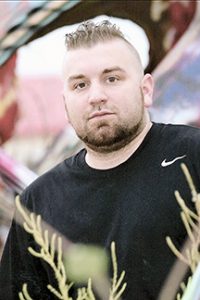 Mr. Chase Cole age 30 of the Bagdad Community was pronounced deceased at the Riverview Regional Medical Center E.R. in Carthage at 7:35 a.m. Monday morning June 24, 2019. He was found deceased by his mom in his room at the home of his parent’s Bee Branch Lane home around 6:25 a.m.

Funeral services for Mr. Cole were conducted from the Hackett Chapel of Sanderson Funeral Home on Friday afternoon at 1 p.m. Guy Holliman delivered the eulogy and burial followed in the Dr. Vachel Mac Clark Cemetery in the Bagdad Community which is near the Cole family home.

He was a 2007 graduate of Smith County High School.

Mr. Cole was never married, and was employed by the Kroger Co. in Maryville in the stock department.

The Cole family moved to the Defeated Creek Community from Oneida, Tennessee in August of 2000 when Mr. Larry Cole accepted the position as minister at the Montrose Church of Christ, a position he occupied until June 30th of 2018. He then accepted an appointment with the Bagdad Church of Christ in Jackson County when his family relocated to a farm in the Bagdad Community.

Surviving in addition to his parents is a sister, Olivia Cole Brooks and husband K. J. of San Antonio, Texas; brother, Jackson County educator Zac Cole and wife Kristin and their children, Sawyer, Saydee, and Sadler all of the Four Way Inn Community; paternal grandmother, Jimmie Faye Cole of Crossville.

The Cole family has requested memorials be made to the Down Syndrome Association of Middle Tennessee.