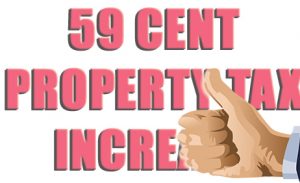 While much of the county was asleep Monday night, the county commission set the county’s property tax rate at $2.73 in order to fund its 2019-2020 fiscal year budget.

The $2.73 tax rate, which is the 59 cent increase proposed by the county’s Budget and Finance Committee, wasn’t approved until around midnight by a 15-9 vote.

The vote took place at the end of a more than five hour meeting which began at 7 p.m. and concluded shortly after midnight. A motion was first made to set the property tax rate at $2.73. An amendment to that motion to increase the current property tax rate by 43 cents to $2.57 failed by a 13-11 vote.