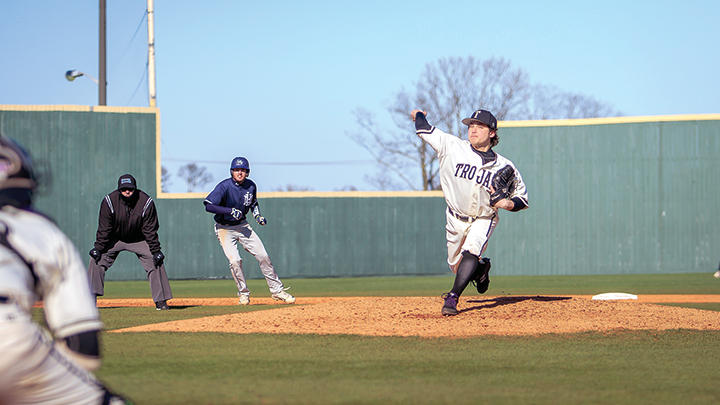 Playing a sport at the college level is a common goal for several young athletes — 2018 Gordonsville High graduate and Trevecca Nazarene University freshman Hunter Davis achieved that goal this past spring as he took the mound for the Trojans baseball program. “It was crazy,” said Davis. “I got to throw in game three of our first series against Montevallo in Alabama.

I know that a lot of times in college some freshman do not get to do this right away. But, I got to throw in the first series that I was available to throw at.” Davis pitched his first inning of collegiate baseball against Montevallo in the Trojans first series of the year where he faced four batters and collected his first college strikeout. Trevecca would eventually take an 8-0 victory in the game as they completed the sweep in their first series of the 2019 campaign.

The former Big Blue Tiger standout described the moment he officially began his journey at the next level.