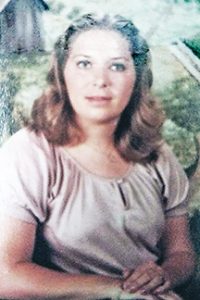 Mrs. Scurlock was born May 18, 1951 in Carthage, TN, a daughter of the late Eld. L.O. Barclay and Pauline Bush Barclay Stewart. She married Billy F. Scurlock and he preceded her in death on June 13, 2005. She was also preceded in death by Step-Father; Lee Stewart. She worked for many years at Smith County Head Start and later in the office at Grant Cedar Mill. Mrs. Scurlock was Old-Fashioned Missionary Baptist and was saved at the age of 8.

Funeral Services for Mrs. Scurlock are scheduled to be conducted from the Gordonsville Chapel of Bass Funeral Homes on Wednesday, July 17, 2019 at 2PM with Richard Smith and Eld. Ricky Scurlock officiating. Interment will follow in the Gordonsville Cemetery.

Visitation with the Family will be at the Gordonsville Chapel of Bass Funeral Homes on Tuesday from 2PM until 8PM and on Wednesday after 11AM until service time at 2PM.