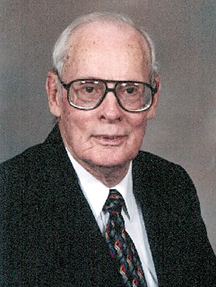 Born Maurice Brown Moore on May 19, 1930 in the Fairview Community of Williamson County he was one of six children and was the son of the late Rev. Eugene Moore and Annie Lee Brown Moore.

At the time of his birth his father was the pastor of the Pleasant Valley Charge and his father served many rural area charges as their pastor.

He was preceded in death by two sisters, Frankie Moore Keyes and Margaret Moore and by two brothers, Rev. Eugene Moore and Irvin Moore.

In 1950 Rev. Moore was united in marriage to Nashville native, the former Nancy Sadler.

They were preceded in death by a daughter, Annemarie Moore.

As his father was a pastor and served many churches, Rev. Moore attended schools in Humphreys, Wayne, Hickman, and Lawrence County where he would graduate from Lawrence County High School in 1948.

He attended Martin College in Pulaski from 1948 through 1950, and in 1953 graduated from Scarritt College in Nashville where he received a Bachelor of Arts degree.

In 1956 he was awarded a Master’s of Divinity degree from Vanderbilt University.

He received his degree to preach from the Methodist Conference in 1948.

In 1953, while at Vanderbilt University, he was admitted to the Tennessee Conference, ordained a Deacon in 1954 and ordained as an Elder in 1956.

After retiring to Dickson he occasionally filled pulpits and preached at the Dickson First United Methodist Church.

This notice provided as a courtesy to the Moore family.