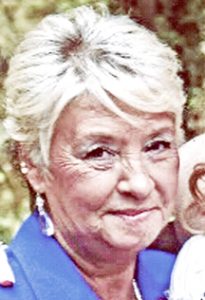 Mrs. Jewell Rigsby, age 72, of Lebanon and a longtime resident of the Watervale Community died at the TriStar Summit Medical Center in Hermitage at 9:03 a.m. Tuesday morning July 16, 2019 where she was admitted Sunday evening suffering from complications from sepsis.

At the Gainesboro Courthouse on September 12, 1964 Mrs. Rigsby was united in marriage to Dave Rigsby.

In addition to her duties as a housewife and mother she worked early in her life at the former Donelson Hospital.

Mrs. Rigsby was a member of the Hillcrest Baptist Church in Lebanon.