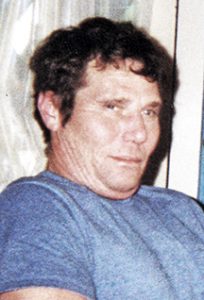 Mr. Jimmy Herren of Carthage died at 11:50 p.m. Sunday evening July 21, 2019 at his Upper Ferry Road with his family and many friends at his bedside. He was under the loving care of Kindred Hospice of Cookeville which pronounced him deceased at 12:49 a.m. Monday morning July 22, 2019. Mr. Herren was 62.

Mr. Herron died as a result of stomach cancer with which he was diagnosed July 5th of this year.

Mr. Herren was cremated at the Cumberland Family Services in Algood following the funeral services.

A native of Fort Smith in Sebastian County, Arkansas he was the fifth of five children born to the late Guy Clifford Herren and Anna Lee Braggs Herren and was born James Wilbur Herren on August 16, 1956.

He was preceded in death by a son, Dustin Baust who died of cardiac myopathy on August 11, 2016 at the age of 38 and by a sister, Helen Herren Gummo and by two brothers, Willard and Tommy Herren.

Mr. Smith, a non-denominational Christian, was educated in the Wilson school system in

For the past nine and a half years he was employed by the Pilot Corporation, owners of the truck plaza in Gordonsville, where he was responsiable for the facilities maintenance.

Mr. Herren moved to his Upper Ferry Road home from Lebanon in 1998.