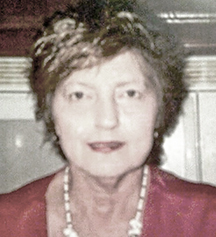 Memorial services were conducted from the Bridges Funeral Home on Rutledge Pike in in Knoxville on Saturday afternoon July 27th at 2 p.m.

She was retired as a Certified Nursing Assistant with more than thirty years of practice throughout East Tennessee.

This notice provided as a courtesy to the Nicely family.