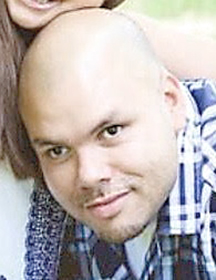 Sunday afternoon August 4th funeral services from the Carthage Chapel of Sanderson Funeral Home were conducted by Bro. Tim Frank and family friend Bro. Joshua Mark Gibbs delivered the eulogy. Following the 3 p.m. services burial was near his mother in Section five at the Ridgewood Cemetery.

Born William Joseph Givens in Murfreesboro on December 16, 1985, he was the son of Cannon County native Timmy Wayne Mount Sr. who died November 27, 2015 at the age of 47 and Carthage native Dana Legray Givens Thompson who died December 12, 2018 also at the age of 47.

Mr. Givens was a non-denominational Christian and was employed by Legacy Supply Chain Service in Mount Juliet.

He was a 2004 graduate of Smith County High School where he loved all sports and was an outstanding player on the Owls Football team.