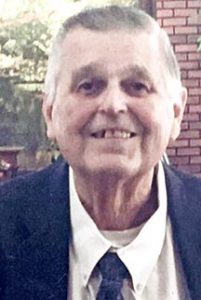 Retired Cincinnati, Ohio pastor, Rev. Robert L. Ponder of the Turkey Creek Community died peacefully at 10:48 p.m. Saturday evening August 3, 2019 at his Lisa Lane North home surrounded by all his family. The 75 year old Rev. Ponder was pronounced deceased by Kindred Hospice of Cookeville who had lovingly cared for him during his battle with kidney cancer.

Funeral services are scheduled to be conducted Saturday afternoon August 10th at 3 p.m. from the Carthage Chapel of Sanderson Funeral Home with his pastor Eld. Anthony Dixon officiating. Burial will follow in the Garden of the Cross at the Defeated Creek Memorial Gardens on the Shore of Cordell Hull Lake where Rev. Ponder so dearly loved to fish since moving to the lake area.

The Ponder family will receive friends only on Saturday afternoon August 10th at Sanderson in Carthage from 1:30 p.m. until service time.

He was preceded in death by a brother, Norman Ponder

In the Cincinnati Baptist Temple on June 29, 1968, he was united in marriage to the former Shirley May Hughes.

Rev. Ponder was a 1962 graduate of the Hughes High School in Cincinnati and he received his Bachelor degree from the Baptist Bible College in Springfield, Missouri.

He proudly served our country with the United States Air Force during the Vietnam Conflict and was involved in the Cuban Missile Crisis which occurred during the presidency of the late John Fitzgerald Kennedy when the Soviet Union was going to install missile sites in Cuba. The incident only lasted from October 16, 1962 until October 28, 1962 when the United States prevailed and stopped the plan.

Rev. Ponder was pastor of the First Hilltop Baptist Church for over forty seven years and after retirement he and his wife relocated to Smith County on March 23, 2019.

Surviving on addition to his wife of over fifty one years are their four children, Timothy Ponder and wife Sharon, Todd Ponder all of Cincinnati, Tamara Ponder and fiancée Greg Tidwell of Sunman, Indiana, Troy Ponder of Carthage; sister, Betty Walters and husband Homer of Florence, Kentucky; twelve grandchildren and two great-great-grandchildren.