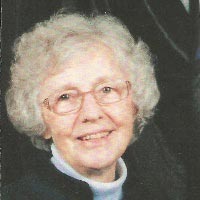 June Crouch Nixon, 91, of Ashland City, passed away peacefully on Tuesday July 30, 2019 in Nashville.  June was born in Ashland City on April 30, 1928 to the late McKinley and Leonte (Hooper) Crouch.

June was a teacher in the Cheatham County system for some time, and she spent many hours at her hobby of photography.

Funeral services were Friday, August 2nd, 2019 at 12:00 noon. Burial followed at the Harpeth Hills Cemetery on Hwy. 100 in Nashville at 2:00 pm. In lieu of flowers the family has requested donations in honor of June, be made to the Alzheimer’s Association.