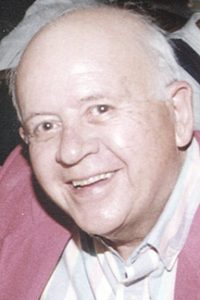 Retired Lebanon attorney and a character in his own right, Ernest Cotten Sr., died peacefully shortly before 1 p.m. Sunday afternoon September 1, 2019 at the Pavilion in Lebanon following a period of declining health

Born Ernest Wilford Cotten in rural White County on May 30, 1924, he was the one of six sons and six daughters born to the late Albert and Mary Cotten of the Walling Community where Mr. Cotten was reared and he was a 1942 graduate of White County High School.

All of his eleven siblings preceded him in death.

On December 28, 1953 at the Carthage First Baptist Church he was united in marriage to Carthage native, the late Joanne Jenkins who preceded him in death on October 4, 2014 at the age of 84 following sixty one years of marriage.

He was also preceded in death by a son, longtime Lebanon City police officer Ernest Wilford “Ernie” Cotten Jr., who died at the age of 67 on March 13, 2016.

Following his honorable discharge he enrolled at the University of Tennessee in Knoxville and completed his education at the Tennessee Polytechnic Institute (now Tennessee Technological University) where he received a Bachelor of Science degree in education.

He furthered his education and received a Masters in Education and his Ed. S. degree from George Peabody College in Nashville.

His first employment was as principal at Findlay Elementary School in Sparta from 1949 – 1950.

He held this position until resigning in 1962 to accept the position of Executive Secretary of the Tennessee School Board Association.

He was simultaneously attending night school at the Nashville School of Law and received his Doctor of Jurisprudence in 1962. He subsequently began his practice of law in September of 1965 and actively practiced law at his College Street law office in Lebanon until retiring in 2009.

For his distinguished and unwavering service to many Lion efforts he was awarded the Melvin Jones Fellow Award for Distinguished Service by Lions International and was named Lion of the Decade for the period from 1970 thru 1980.

He was a member of the local and 15th Judicial Bar associations.

He also served on the Wilson County Commission for a number of years and was a member of various commission committees.

He was a longtime member of the Lebanon Golf and Country Club where his late wife was an outstanding Women’s golfer.

With a multifaceted life in public and community service, Mr. Cotten was a devoted and dedicated family figure and his life of love for his family was never in question.

He was a “straight shooter”, if you asked him a question you would get a straight answer and he expected the same from others, whether they were family, friends or clients.

He loved a good joke and loved to make people laugh.

His generosity to all was legendary and a role model for all with whom he came in contact with. Mr. Cotten always appreciated a good cigar, loved his family, his farm and Black Angus cattle, tomatoes, buttermilk, the Tennessee Volunteers, and of course his favorite restaurant, The Cracker Barrel.