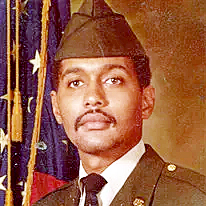 James was born on September 5, 1958, son of Geraldine Cummings Carter and the late Hosea Carter, Sr. He was also preceded in death by Brother; Hosea Carter, Jr, and Paul Wallace Carter. After graduating Gordonsville High School in 1976, James spent time in the Military.

James was a man who loved his family and was always there to help in any situation. He loved sports, especially football and basketball. James had a good heart and always said what was on his mind. He will be greatly missed by his family and friends.

Funeral Services for Mr. Carter are scheduled to be conducted from the Gordonsville Chapel of Bass Funeral Homes on Friday, September 13, 2019 at 3PM. Interment will follow in the Ballard’s Chapel Cemetery.

Visitation with the Family will be at the Gordonsville Chapel of Bass Funeral Homes on Friday from 1PM until service time at 3PM.