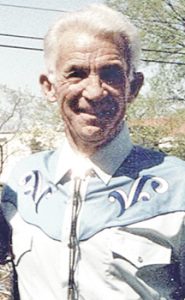 Funeral Services for Mr. Grisham are scheduled to be conducted from the Gordonsville Chapel of Bass Funeral Homes on Saturday, September 14, 2019 at 2PM with Bro. Bobby Peoples officiating. Interment will follow in the Mt. Zion Cemetery in the Sullivan’s Bend Community.

Visitation with the Grisham Family will be at the Gordonsville Chapel of Bass Funeral Homes on Saturday from 11AM until service time at 2PM.