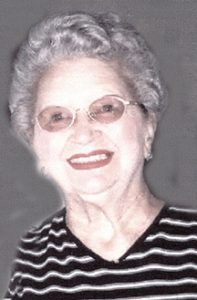 Phyllis G. Wordinger, 93, formerly of South Bend, passed away on Friday, September 6, 2019 in Hartsville, TN. Phyllis was born on July 29, 1926 in South Bend, IN as the daughter of Frederick and Edith (Landry) Stanage. She married Thomas Caparell on March 17, 1946 in Georgia and later went on to marry Otho Wordinger, on February 14, 1976 in South Bend, IN. Otho preceded her in death on August 1, 2001. She was also preceded in death by her parents; siblings, Ethel Hickman, Phillip Stanage, Marie Sandefur, Richard Stanage, Robert Stanage, Kenneth Stanage and Frederick Stanage as well as her former husband, Thomas Caparell.

Phyllis worked as the head hostess for the Morris Inn on the University of Notre Dame’s campus for 33 years before retiring in 1988. During her tenure she welcomed seven Presidents and other dignitaries.

Family and friends may visit on Thursday, September 12 from 4 to 8 p.m. in Hahn Funeral Home, 505 W. 8th Street Mishawaka and one hour prior to the service. A funeral service will be held at 11:00 a.m. on Friday, September 13 in Hahn Funeral Home. Memorial contributions can be made in Phyllis’s name to St. Joseph County VA Clinic, 1540 Trinity Pl, Mishawaka, IN 46545.

To leave the family an online condolence, please visit www.hahnfuneralhomes.com.

This notice provided as a courtesy to the Wordinger Family.