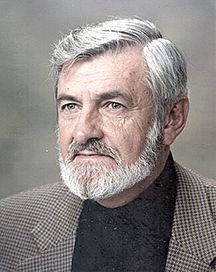 Mr. Dwight Wendell McClanahan, age 84, of the Tuckers Cross Roads Community passed away September 19, 2019, at his home.  A native of the Grant Community in Smith County, he was the son of the late Roy and Altha House McClanahan.  He was a 1953 graduate of Gordonsville High School.  He was a member of Grant Missionary Baptist Church, the New Middleton Masonic Lodge and was a Shriner. After high school, he went to work for H.G. Hills and then Jersey Farms delivering milk to homes and schools.  Dwight was best known for dealing in and collecting antiques which he had done most of his adult life.  He loved going to estate sales and flower gardening.  He was preceded in death by his wife, Lavetta JudkinsMcClanahan; son-in-law, Ronnie Henry; three brothers:  Hollis, James Roy and Hoyal McClanahan; and sister, Thersa Franklin.

Memorial contributions may be made to the Grant Cemetery Mowing Fund, 2850 Ben Green Rd., Lebanon, TN 37090.

This notice provided as a courtesy to the McClanahan Family.